Animals in the garden 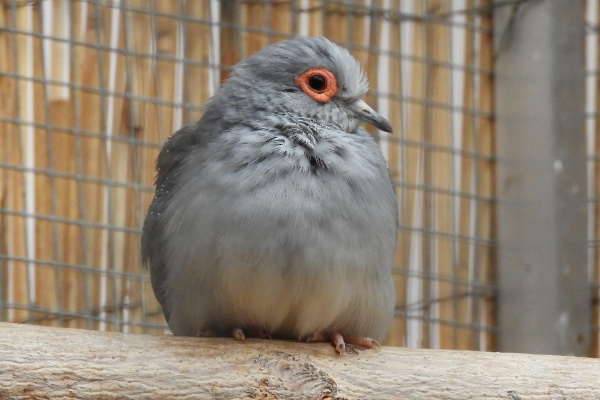 The Diamond Dove is a smaller representative of the Columbidae family coming from Australia. It lives in couples or smaller groups in whole the continent with the exception of southwest, always close to water.

The Australia zebra finch is one of the most widespread species of estrildid finch of central Australia. They are most abundant in the steppes with scattered trees and shrubs. Males have an orange cheek spot and a read beak, females have an orange one. 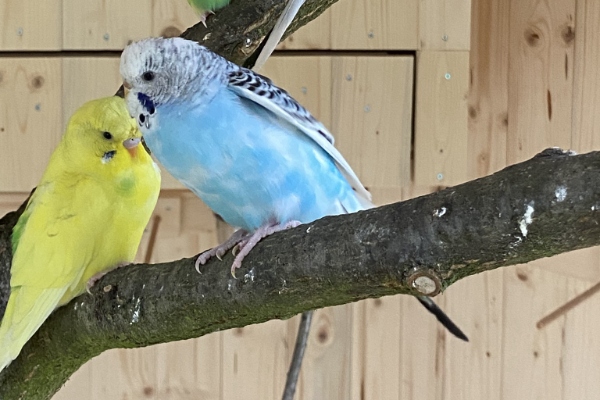 This smaller and very popular parrot species, which was described in 1805 by the British naturalist George Shaw, came from the arid regions of Australia, and was brought to Europe in 1840 by the naturalist and bird painter John Gould. Adults usually live 5-10 years in nature, in captivity the period is longer (up to 18 years). 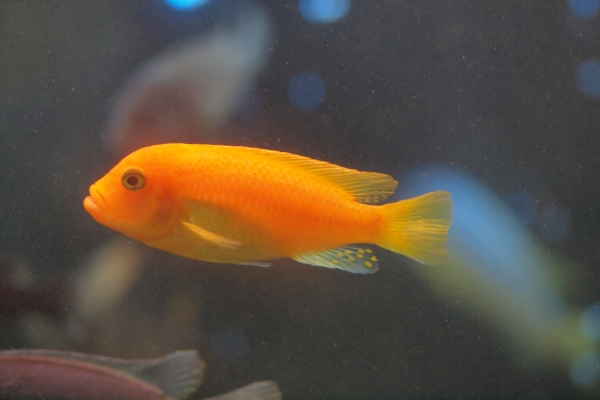 Cichlids from the Malawi Lake

Cichlids are freshwater fish mainly originated from the lakes of Great Rift Valley in Africa (Malawi, Tanganyika and Victoria Lakes). Their main peculiarity compared to other aquarium fish is their reproduction and care for offspring. Females take their fertilized eggs to their mouths to protect them against other fish. They protect them this way for all the period of their growth when they are most vulnerable. A lot of genera belong to the cichlids and are also exceptional with their colour diversity. 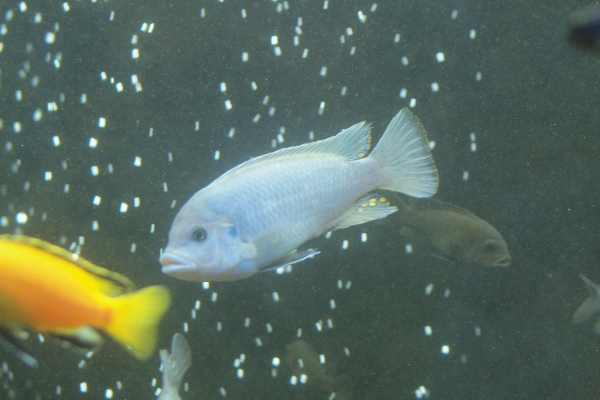 Cichlidae is a family of spiny ray finned fish including cichilds from East African lakes. It was with them the so-called adaptive radiation took place – rapid evolutionary differentiation when occupying a new environment. During a short period of time species which differ mainly by the shape have closely related to food specialization. Whether it is plankton filters, algae savers, predators with huge jaws or shellfish crushers. 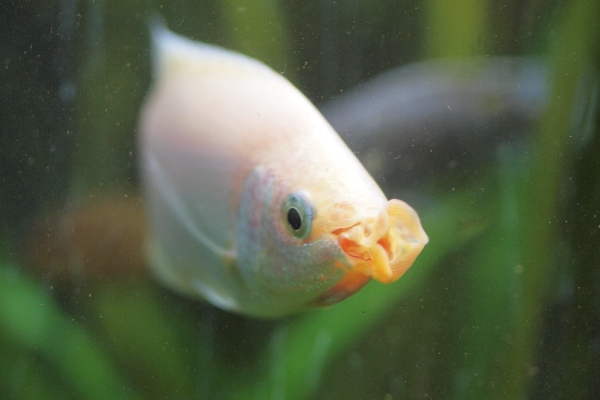 You may not have a  problem to find a pink fish with distinctive lips. It is called kissing gouramis (Helostoma temmincki) and got its name because of a specially formed mouth, which reminds two lips. If you see two fish kissing, they are two males which measure their forces this way. There have brush teeth inside the mouth which are adapted for scraping algae deposits. 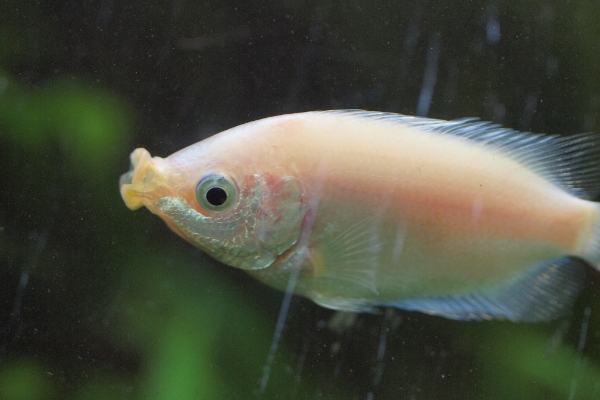 It is a suborder of spiny ray-finned fish from fresh waters of southeast and east Asia. The name is derived according to a specialized organ – labyrinth, with the help of which fish are able to breathe atmospheric oxygen in biotopes with little oxygenated water (e.g. rice fields). For example Tichopodus of the Trichogaster or Helostoma genus belong to this group. Inhaling above the surface can be watched e.g at Helostoma temmincki.

Red bellied pacu belongs to omnivores – it consumes green fodder, fish meat, worms, fruit and also special artificial fodders. It has big, strong, flat teeth with the help of which it crushes shells of nuts or stones. Sex is very difficult to detect. Younger individuals have silver colour with red belly, but in adulthood their colour changes to black. 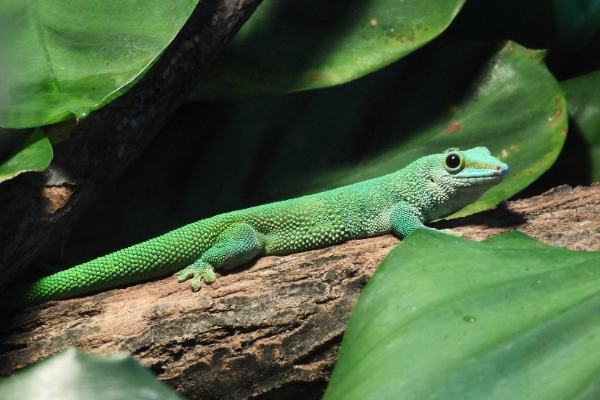 Felsuma madagascariensis belongs to tree geckos. A male is bigger than a female and is more colourfully coloured. In nature it feeds on insects, spiders, overripe soft fruit and nectar from flowers. The defence is an agile escape, in worse case when there is no escape they leave their tale which will grow back again. They have small attachment lamellas on the bottom part of fingers thanks to which they can keep up on a very smooth vertical surface. 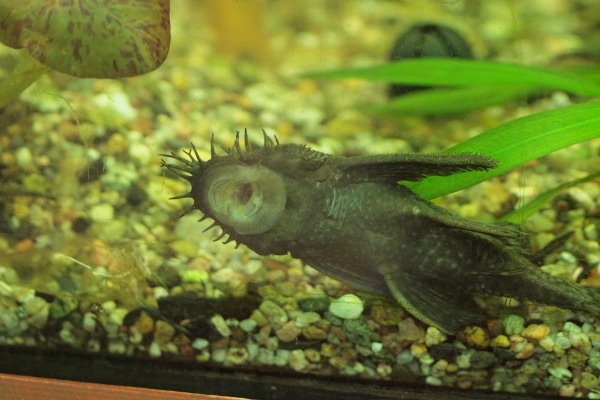 Apart from our gardener also one fish takes care of the South American aquarium – common Bristlenose Catfish (Ancistrus sp.). You can often see this fish glued to the front glass of the aquarium how it feeds on algae using scraper mouths. Its body is covered by numerous bone plates which remind a shell. They are mostly active at dusk and at night. It bears the label sp. (species) due to numerous cross of three natural species – A. multispinis), A. cirrhosus and A. dolichopterus.

Kings of the aquarium fish

Discus fish (Symphysodon) are labelled as “kings of aquarium fish“. Their breeding and captive breeding is not simple and requires care of an experienced aquarist. Disc-shaped body is the most striking characteristic of the discus fish. An offspring is dependent on secretion nutrition during the first week which parent fish excrete on the sides. They are at home in the Amazon basin in South America. 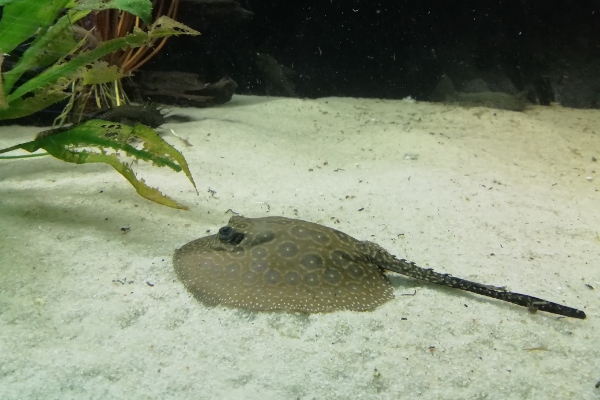 The genus Potamotrygon represents freshwater stingrays originating from the rivers of South America. They are close relatives of sharks. Their Czech name trnucha (which is used for several genera) is derived from a poisonous thorn, the sting of which is dangerous for humans. It is said that natives of South America fear stingrays more than piranhas. They like to bury themselves in the fine sand substrate and rest in it. They are predators that enjoy a wide range of food from molluscs, crustaceans to small fish. An interesting fact is that they have loose jaw joints that allow them to chew their food in a similar way as we know it in mammals.

They are predatory and very lively fish that can only be bred with similarly large fish able to defend themselves. The Oscar are completely tireless workers in the reconstruction of the aquarium. 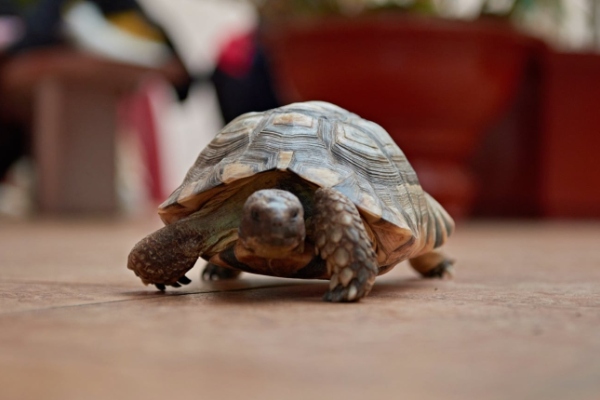 A marginated tortoise belongs to the biggest European representatives. Its natural habitat mainly includes South Greece (from the Peloponnese peninsula to the Mount Olympus), but we may find isolated populations in the Balkans, in Italy and North-eastern Sardinia. Sunny rocky slopes with shrub vegetation are typical habitats which enable shelter from the scorching sun. Its description was published by a German naturalist Johann David Schoepff (1752-1800) in the year 1789. 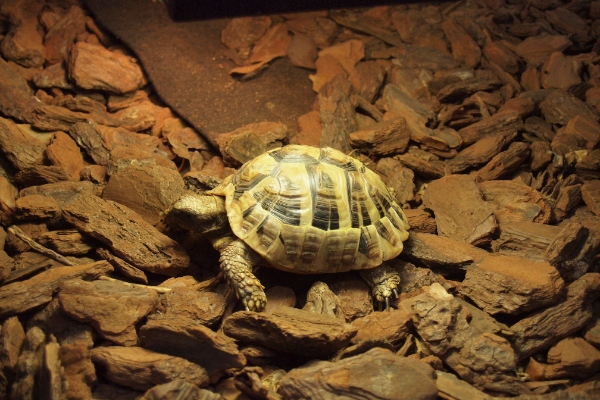